If you're like many people, then you have likely had hemorrhoids. Hemorrhoids are uncomfortable and can get quite large, but you don't need to have drastic surgery to get rid of them. Surgery has many drawbacks and complications, so it's best to avoid it. However, that doesn't mean you must suffer from large, painful hemorrhoids.

When Do Hemorrhoids Need Medical Attention?

Most adults have occasional hemorrhoids throughout their lives. They usually go away on their own or with minimal treatment. You can try topical treatments and suppositories for mild hemorrhoids. If those self-treatments don't work and your hemorrhoids are large and uncomfortable, then you may need medical attention.

What Does Rubber Band Ligation Do for Hemorrhoids?

With rubber band ligation, a band is placed around the hemorrhoid's base to cut off its blood flow. These bands are kept on the hemorrhoids until the hemorrhoids fall off. This procedure is initiated in the doctor's office. Pain killers are sometimes given in the office during the procedure. You can also take pain killers, such as acetaminophen, at home.

How Should One Prepare for Rubber Band Ligation?

One of the best things about rubber band ligation is that you need very little preparation. Inform your doctor if you are on any blood thinners as well as herbal and over-the-counter medications. If you are combining this procedure with another one, like a colonoscopy, then you may need anesthesia. Your doctor will advise you of any preparations, such as food and medication restrictions, in this case.

What Are the Side Effects of Rubber Band Ligation?

Rubber band ligation can be painful and uncomfortable for some people for a short time after the procedure. Most of the time, the pain is not severe. You may also have some unusual sensations around your anus. Bleeding from the anus is also not uncommon. In very rare cases, you could get an infection. Make sure you follow your doctor's instructions exactly so that you heal without complications.

Rubber band ligation is just one of many types of non-surgical hemorrhoid treatments available. If you don't think this procedure is right for you, then you can choose one of the other treatments. Talk to a doctor about what other non-surgical treatments are available for your hemorrhoids.

To learn more about hemorrhoid non-surgical treatments, contact a doctor. 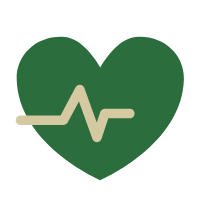 5 Considerations When Selecting A Surgical Rehab Center
4 January 2023
With any surgical procedure, a concern for care should never cease after the operation has been performed. Maintaining good care standards during the …

Why Regular Doctor's Office Visits Should Part Of Your Regime
28 November 2022
Regular doctor appointments are something that most people overlook. Maybe it's because these visits are often seen as a hassle. Or perhaps it's the c …